The VWB1 is a four string solid body electric bass model introduced by Ibanez in late 2007. It is a signature model for American bassist Verdine White who is known primarily for his work with American band Earth, Wind & Fire. It was produced in Japan by FujiGen.

The VWB1 features a special Soundgear series double-cutaway alder body with basswood veneer on the top and back and hard contours (meaning the edges have an 8mmR roundover rather than the usual 20mmR for the Soundgear and no contour cuts). This body is bolted to a laminated maple neck with a 24 fret ebony fingerboard with abalone dot position markers. Components include a pair of Ibanez AFR active humbucking pickups with a 3-band EQ and a boost switch, an Accu-cast B20 bridge, a Graph Tech TUSQ nut, a pearloid pickguard, a black buckle guard on the rear of the body and Gotoh tuners.

The VWB1 was discontinued after 2001. 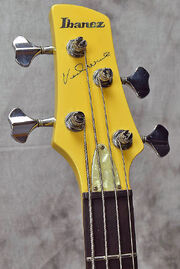 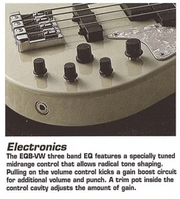 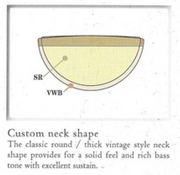 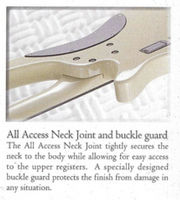 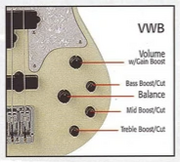