The UV777, also known as the UV777 GR, is a seven string Universe series solid body electric guitar model introduced by Ibanez in 1991. It is a signature model of American guitarist Steve Vai. It was made in Japan by FujiGen.

The green finish of the UV777 is a different shade than the "Loch Ness Green" of Vai's first Ibanez signature model, the JEM777.

The UV777 was discontinued after 1993. It's believed that as few as 340 examples were produced. 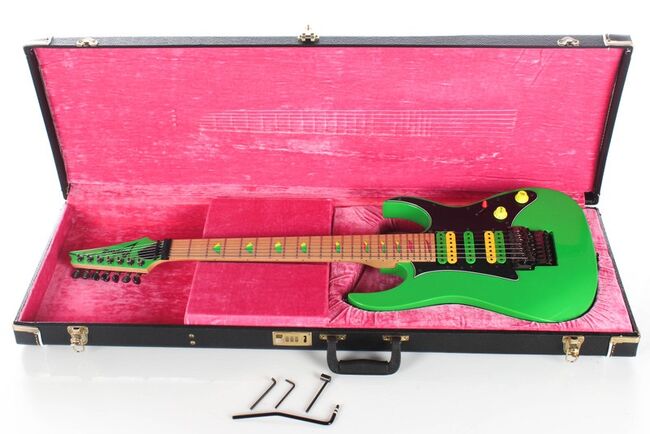