For the similar model without the green accents, see UV7S.

The UV7 is a seven string Universe series solid body electric guitar introduced by Ibanez in 1990. It is a signature model of American guitarist Steve Vai. It was made in Japan by FujiGen. It is also referred to as the green dot Universe due to its green fretboard inlays.

The initial UV7 models have an Edge 7 tremolo; these 1990 Universe models are the only guitars on which this tremolo has been offered. From 1991 that was replaced with the new Lo Pro Edge 7. The color scheme of the UV7 is based on that of the JEM777V BK.

The UV7 was discontinued after 1996 and replaced by the UV7S. 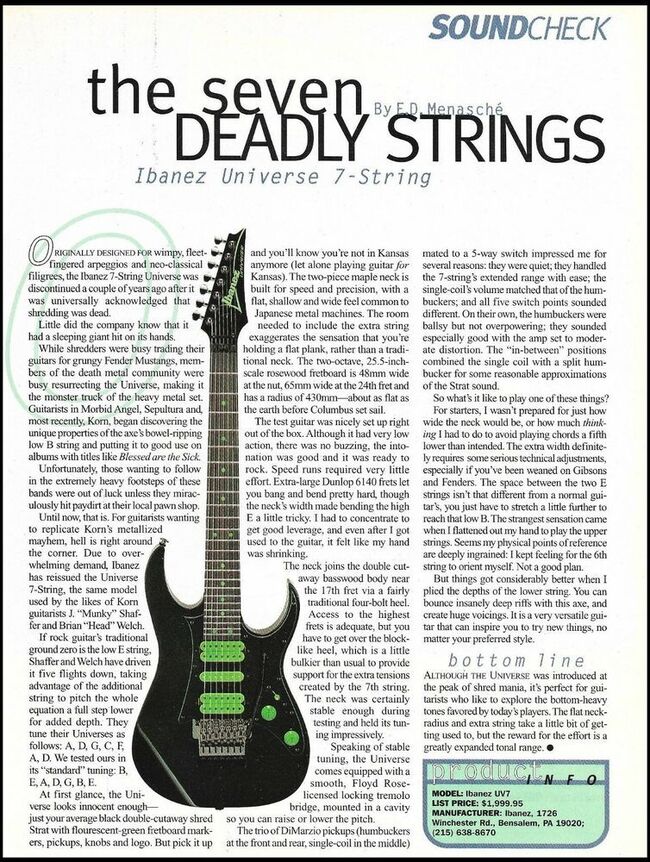