The TM1730 is a Talman series solid body electric guitar model introduced by Ibanez in mid 2015. It represents the reintroduction of the series which had been discontinued in 1998. It was made in Japan by FujiGen as part of the Prestige line.

The headstock of the TM1730 features a straight-pull design, which allows the strings to come straight off the bone nut, thus eliminating the need for a string tree or a tilt-back design. The fretboard has a 12" (305mm) radius meaning it is flatter compared to traditional styled guitars from other brands which enhances the player's ability to bend notes and allows for a lower string action. The Fast Action neck joint improves access to the upper frets.

The TM1730 was discontinued after 2017 along with all of the Talman models in the Prestige line. 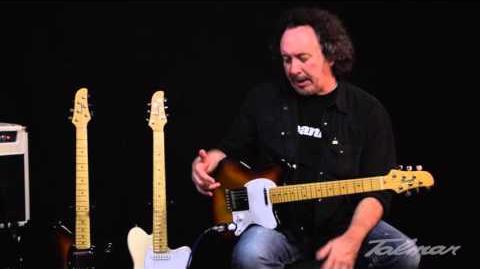