The SynchroniZR is a synchronized tremolo bridge offered on several Ibanez models. It was introduced in 2008 alongside the Edge Zero. It is found on guitars in the SV and RGV series, as well as a small handful of RG series and signature models.

The SynchroniZR was inspired by the ZR (Zero Resistance) tremolo which also relies on ball-bearings as pivots instead of the more typical knife edges. The difference is that while the ZR uses a Floyd Rose-style double locking tremolo approach, the SynchroniZR applies the ball-bearing technology to a simpler, non-locking, Fender-style synchronized tremolo design.

The SynchroniZR incorporates a stabilizer known as the ZPS-FX — ZPS stands for "Zero Point System".

The SynchoniZR was released on the market in 2008, along with the ZR2 with ZPS3 and the Edge Zero with ZPS3 as well. A version of the ZR with a base plate with a radius to match a 305mm radius fretboard was introduced in late 2013 for the SA960QM. This version was later used on the MSM1 signature model of Marco Sfogli. 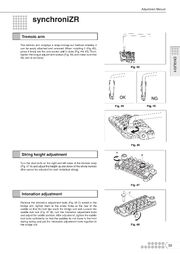 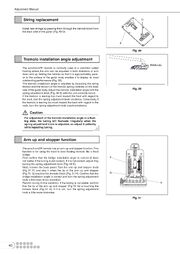 Retrieved from "https://ibanez.fandom.com/wiki/SynchroniZR?oldid=42871"
Community content is available under CC-BY-SA unless otherwise noted.