As a guitarist, Vai is known for its work with Alcatrazz, David Lee Roth, Frank Zappa and Whitesnake as well as for an extensive solo career of primarily instrumental rock.

As an Ibanez endorser, Steve Vai has multiple signature series products, including three distinct lines of the solid body electric guitars, the JEM, PIA and, Universe series as well as the Euphoria line of acoustic/ electric guitars.

The initial model in the JEM line and the first signature guitar produced for Vai, the JEM777, was introduced in 1987.

The design of the JEM series was influenced by the Fender Stratocaster, but with a more aggressive style. This type of guitar would come to be known as a "Super Strat". Perhaps the most instantly recognizable feature of the JEM models is the monkey grip on the upper body. 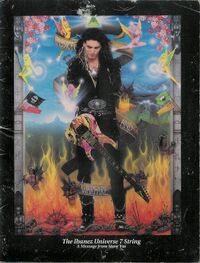 The seven string Universe (UV) series was introduced in 1990. The initial Universe models were the first seven string electric guitars offered by a major guitar company. 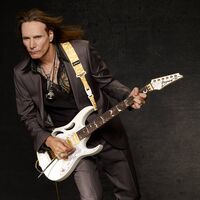 The PIA series is a new line of solid body six-string electric guitar models which debuted for 2020. The PIA3761 is the initial model in this new series.

The design of the PIA is similar to Vai's JEM line, but with a yin/ying floral cutout pattern in place of the JEM's iconic Monkey grip. Other design changes include more rounded edges and a new magnetic tremolo cavity cover. In addition the PIA model includes newly designed UtoPIA pickups. 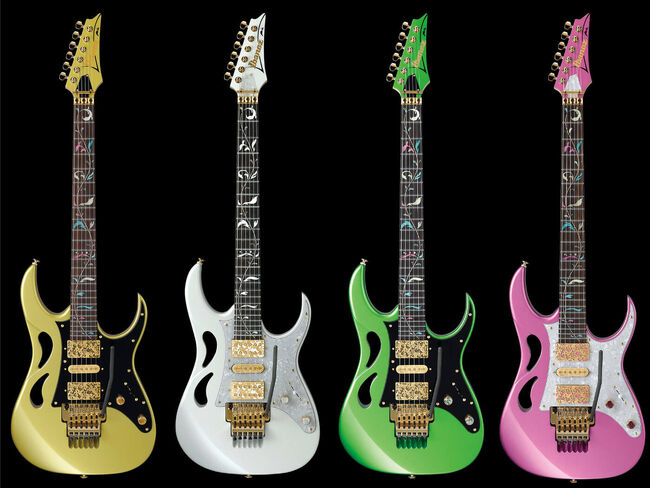 The Euphoria series is a line of acoustic/ electric guitars designed with Vai. The initial model in the line, the EP7, was introduced for 2004. It was the third signature acoustic guitar offered by Ibanez following the SG10 for Stefan Grossman in the early 1980s and the limited Paul Gilbert signature PGA1000 in the late 1990s.

The Euphoria series is characterized by a thin body with a pointed Florentine cutaway to allow access to the upper frets of the 24-fret fingerboard. Special electronics allow the player to access a number of various acoustic sounds. 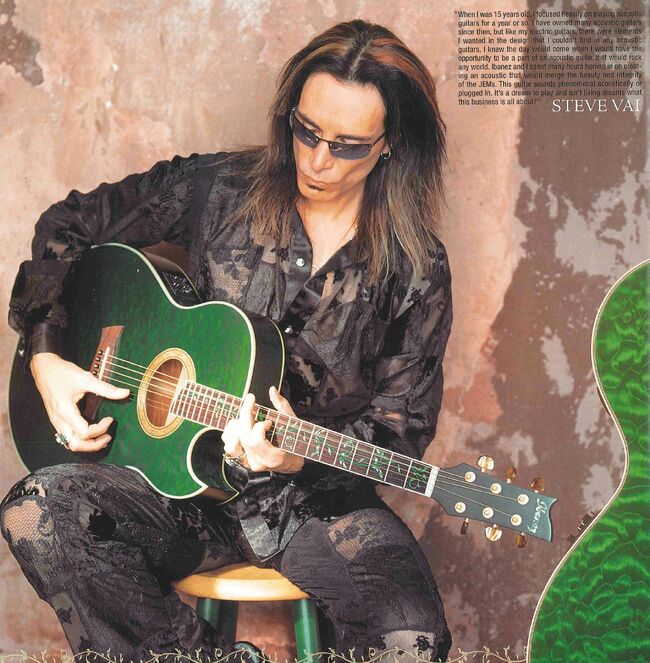