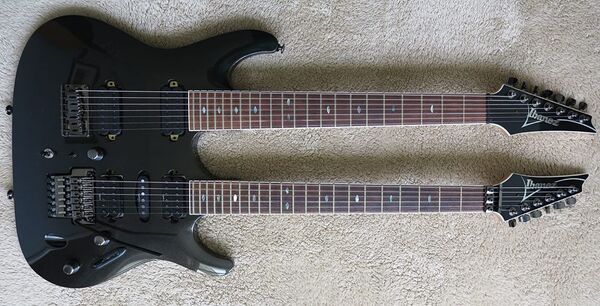 The STW is a double neck S series solid body electric guitar model introduced by Ibanez in 1999. It is also referred to as the S540TW or the 540S-TW. It was made in Japan by FujiGen and was a spot model which never appeared in a catalog.

The STW is modeled on the S540 with a sleek, thin-edged double cutaway (triple cutaway?) body. Its lower neck has six stings while the upper neck is a seven string.

The STW features a mahogany body with two necks both of which are one-piece maple with bubinga reinforcement and are attached with a traditional bolt-on neck joint with a stamped metal plate. The serial number appears on the back of the 6-string headstock and each plate is stamped with a non-matching production number. The lower, six-string neck has a reverse headstock. Both necks have 22-fret rosewood fingerboards with abalone oval position markers.

The 540STN is a similar model with 6-string and 12-string necks that was offered in the early 1990s. These two S series twin necks are among just a handful of such models sold by Ibanez since the 1980s. Since the S540TW was discontinued after 1999, the only production twin-neck models have been 2670RE Artwood Twin reissue from 2006 and the Xiphos XPT1400TW in 2010.

It's believed that as few as a dozen examples of the STW were produced.

Specifications for STW
About this table 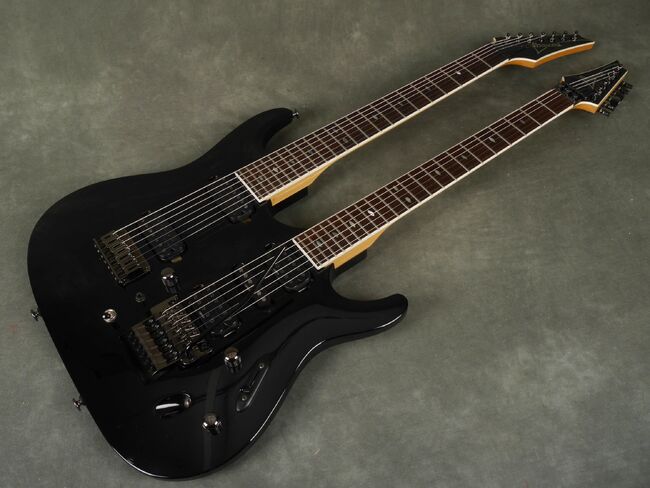 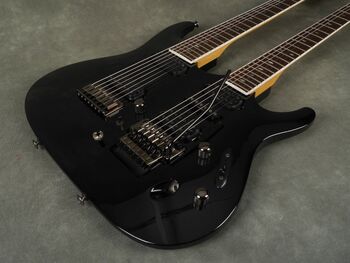 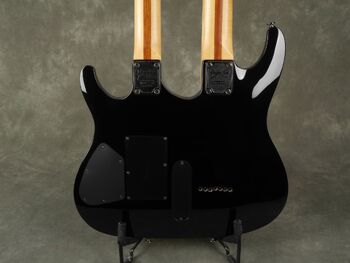 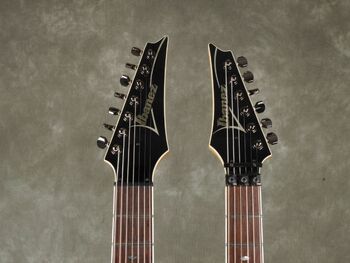 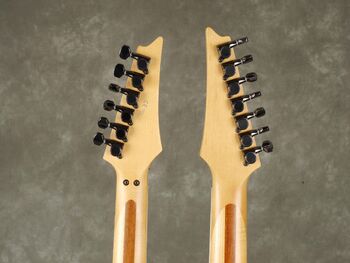 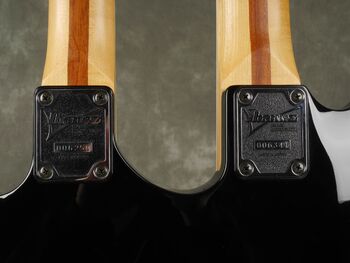