The RGKP6 is an RG series solid body electric guitar model introduced by Ibanez in mid-2014. It was produced in Indonesia as part of the Standard line.

The RGKP6 is a unique concept which comes equipped with a Korg kaoss pad mini 2S which is built into the guitar's body. The kaoss pad is a dynamic effect processor with a built in sampler and a touch screen which allows the user to control a huge number of effects. The guitar also has a built-in distortion filter as well as an 1/8" headphone jack in addition to the standard 1/4" output jack.

In addition to the kaoss pad, the RGKP6 features a mahogany body bolted to a maple neck with a 24-fret rosewood fingerboard with white dot position markers. Components include a fixed bridge and a single Ibanez twin blade humbucking pickup in a single-coil package.

The RGKP6 was discontinued after 2015. 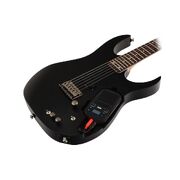 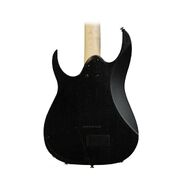 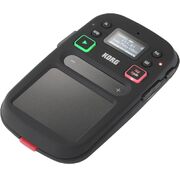 Retrieved from "https://ibanez.fandom.com/wiki/RGKP6?oldid=82094"
Community content is available under CC-BY-SA unless otherwise noted.