The RGIX20FEQM is an RG series solid body electric guitar introduced by Ibanez in late 2013. It was made in Indonesia as part of the metal focused Iron Label line.

The RGIX20FEQM features a quilted maple top with abalone purfling and black binding on a basswood body bolted to a maple and bubinga Nitro Wizard neck with a 24-fret ebony fingerboard with binding and no position inlays. Components include a Gibraltar Standard II fixed bridge, a pair of active EMG humbucking pickups and a kill switch.

The RGIX20FEQM was discontinued after 2015. 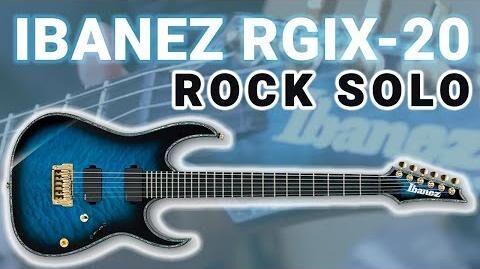 Retrieved from "https://ibanez.fandom.com/wiki/RGIX20FEQM?oldid=74312"
Community content is available under CC-BY-SA unless otherwise noted.