The RGIR38BFE is an eight-string RG series solid body electric guitar model introduced by Ibanez in mid 2016. It was made in Indonesias as part of the metal-focused Iron Label line.

The RGIR38BFE features a mahogany body with multi-binding mated to a maple and bubinga Nitro Wizard neck with a 24-fret bound rosewood fingerboard. Components include a fixed bridge, dual EMG active humbucking pickups with a kill switch and locking tuners.

The RGIR30BFE is a similar six-string model while the RGIR37BFE is a seven-string version. The RGIR28BFE is similar but lacks the multi-binding and Gotoh tuners. 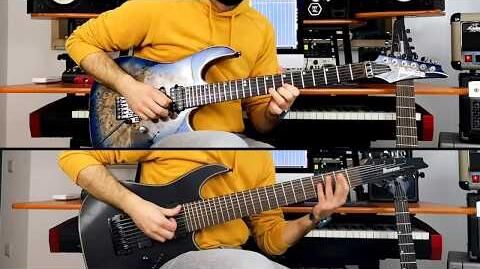