The RG7421 is a seven-string RG series solid body electric guitar model introduced by Ibanez for 2000 as a replacement for the classic RG7621. It was also referred to in some instances as the RG7-421. It was made in Japan by FujiGen.

The RG7421 features a basswood body mated to a maple and bubinga neck with a 24-fret rosewood fingerboard with dot position markers. Components include dual Ibanez Vintage humbucking pickups and a fixed bridge.

In 2003, the RG7421 was discontinued but the model name was resurrected in 2013, although the newer model, which was made in Indonesia, is considerably different. 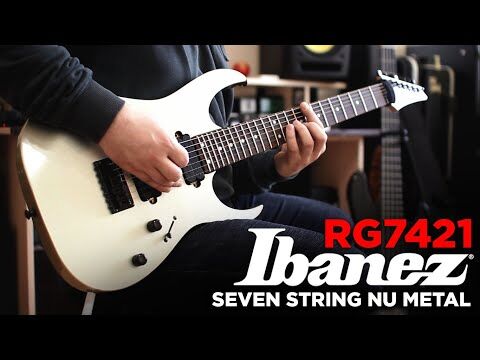