The RG565 is an RG series solid body electric guitar model introduced by Ibanez in 1991. It was made in Japan by FujiGen.

The RG565 features a basswood body bolted to a maple neck with a reverse headstock and a 24-fret maple fretboard with dot position markers which match the body color. Components include a pair of Ibanez pickups with a rails-sytle single-coil sized humbucking pickup at the neck and a traditional humbucker in the bridge position, a double locking tremolo bridge and Gotoh tuning machines. For 1992 the Edge tremolo was replaced by the Lo-Pro Edge and the neck was now quartersawn.

The RG565R is a very limited spot model which preceded the RG565 as a sort of prototype; the RG565R had a rosewood fretboard with sharktooth position markers (similar to the RG7xx series models), but was otherwise similar. The RGR465M is a related model introduced in 2009. The RG3XXV was a sort of tribute to the RG565 which was produced as part of the 25th Anniversary Series in 2012. 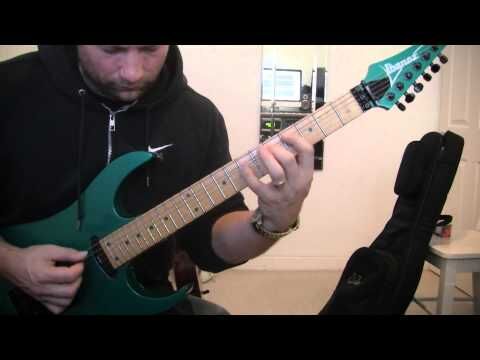