For the more recent model with the same name, see RG3070.

The RG3070 is an RG series solid body electric guitar model introduced by Ibanez in 1996. It is considered the initial model in the high-end Prestige line. It was made in Japan by FujiGen.

The most remarkable feature of the RG3070 is its green fingerboard. This effect is achieved by applying a very thin plastic film over the maple fretboard; the film is held in place by the frets.

The RG3070 has a mahogany body with a flamed maple top bolted to a maple neck with the aforementioned 24-fret fretboard with abalone dot position markers. Components include DiMarzio pickups with two humbuckers flanking a single-coil, a Lo-Pro Edge double locking tremolo bridge and Gotoh tuning machines.

It's believed that as few as 500 RG3070s were produced. It was discontinued after a single year and replaced by the more traditional RG3180. 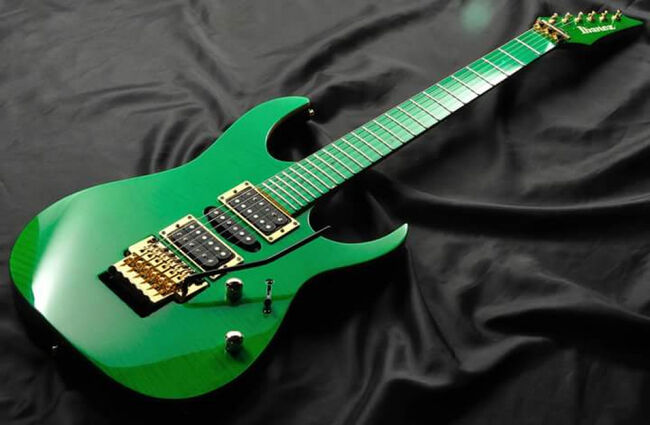