The RG1808 is an RG series solid body electric guitar model introduced by Ibanez in 1996. It was made in Japan by FujiGen as one of the initial models in the upscale J Custom line.

The RG1808 features a soft flamed maple body bolted to a maple Wizard Special neck with a 24-fret ebony fingerboard with binding and offset abalone dot position markers. Components include DiMarzio pickups with a pair of humbuckers flanking a single-coil and a Lo-Pro Edge tremolo bridge and a locking nut.

The RG1808 is one of only a small handful of production models produced by Ibanez with a solid flame maple body (as opposed to just a flame maple cap or top on some other wood species). Others include the RG2808, HRG1802/ HRG1802S and HRG2001.

The RG1808 was replaced for 1997 by the RG1802 which removes the middle pickup and has a mahogany body with a flame maple top. 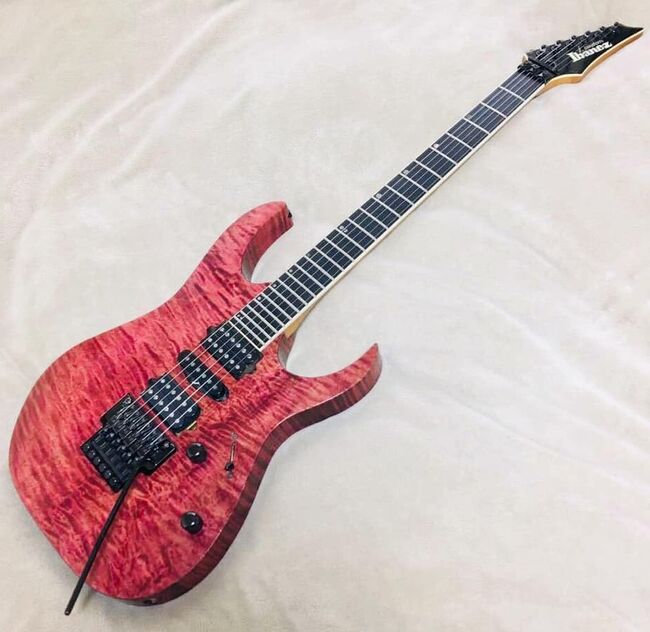