The RG1527 is a seven string RG series solid body electric guitar model introduced by Ibanez for 2003. It was made in Japan by FujiGen as part of the Prestige line. It is the successor to the RG7620.

The RG1527M is a similar model with a maple fretboard. The RG15271 is a related hard-tail model.

In 2010 a new RG1527Z was introduced which is similar except for it has the new Edge Zero 7 tremolo in place of the RG1527's Edge Pro 7. The new Z model would eventually replace this model, but the Edge Pro model continued to be produced through 2011.

As noted above, a new RG1527Z was introduced in 2010. In the USA however, the new model is sometimes referred to as simply the RG1527 in Ibanez promotional materials, as the Z suffix is often disregarded. You need to look at the tremolo to distinguish these two models. 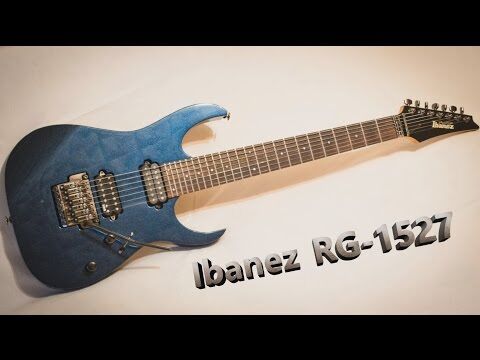 Retrieved from "https://ibanez.fandom.com/wiki/RG1527?oldid=74020"
Community content is available under CC-BY-SA unless otherwise noted.