The RG1320A is an RG series solid body electric guitar model introduced by Ibanez in 1996. It was made in Japan by FujiGen as part of the high end J Custom range. It was a spot model which never appeared in a catalog.

The RG1320A was produced for and sold exclusively by Japanese retailer Watanabe Gakki to celebrate that company's twentieth anniversary. It is also referred to as the RG1320 Anniversary or simply the RG1320.

The RG1320A was discontinued after just one year in production, but the similar WRGR13B was introduced the following year. 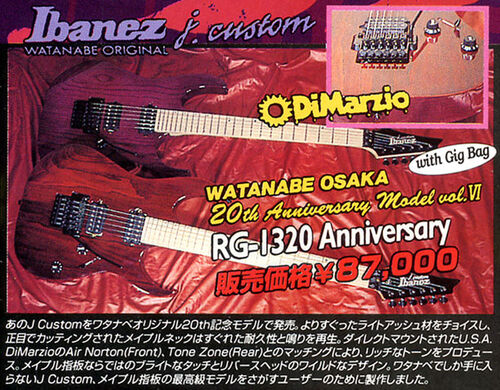