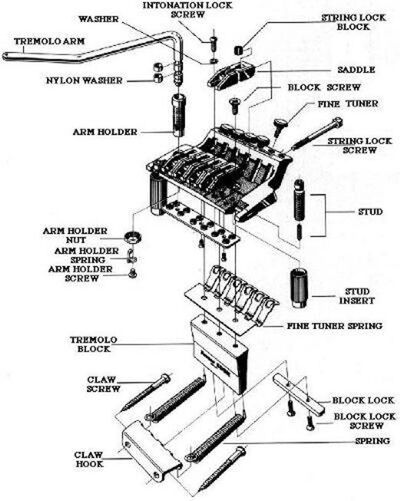 Ibanez has earned a reputation for offering some of the highest quality double locking tremolos of any guitar manufacturer. Many people consider Ibanez's Edge tremolos among the best Floyd Rose style bridges produced.

Mid-grade trems (installed in guitars sourced from Korea and Indonesia):

This list is not exhaustive, but that covers the most popular double locking tremolos found in Ibanez guitars.

The first double locking tremolo employed by Ibanez was the Pro Rock'r, which debuted in 1984.

The Edge, which was Ibanez's first Floyd Rose licensed tremolo design, was introduced in 1986. Initially it was surface mounted, but with the introduction of the JEM777 and RG550 in 1987 a cavity was routed below the tremolo to allow the player to manipulate the tremolo either by pushing down (to lower the pitch) or pulling up (to raise the pitch). The Lo-Pro Edge is a low-profile version of the Edge (as its name suggests) which came along around 1991.

The Edge Pro was introduced for 2003 as a replacement to the OE & LPE; it has a low-profile design similar to the LPE. The Edge Pro was created at least partially to avoid licensing Floyd Rose patents, but that goal was not really achieved. The OE/LPE returned around 2010 and the EP was retired. The only obvious weakness of the EP is that it didn't come with the locking posts of the OE/LPE, although those can be added as an aftermarket upgrade.

The Zero Resistance (or ZR) tremolo was also introduced for 2003. The ZR differs from the other double locking trems in that it pivots on ball bearings rather than a knife edge. Its other major innovation is a "Zero Point System" which is a secondary set of springs meant to maintain tuning stability by helping the tremolo return accurately to the rest position.

The Edge Zero came out in 2008. It borrowed the ZPS design from the ZR, while using the traditional knife-edge pivots. 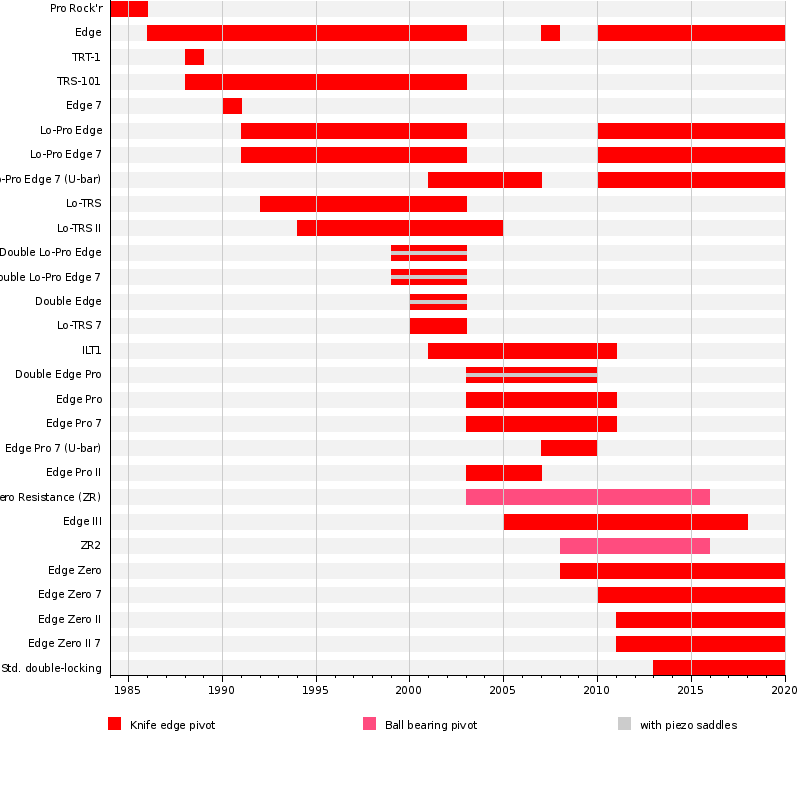 Single locking tremolos are those in which the string is locked down only on one end.

In cases where a locking nut is used, fine tuners at the bridge end allow the player to make tuning adjustments without unlocking the nut. 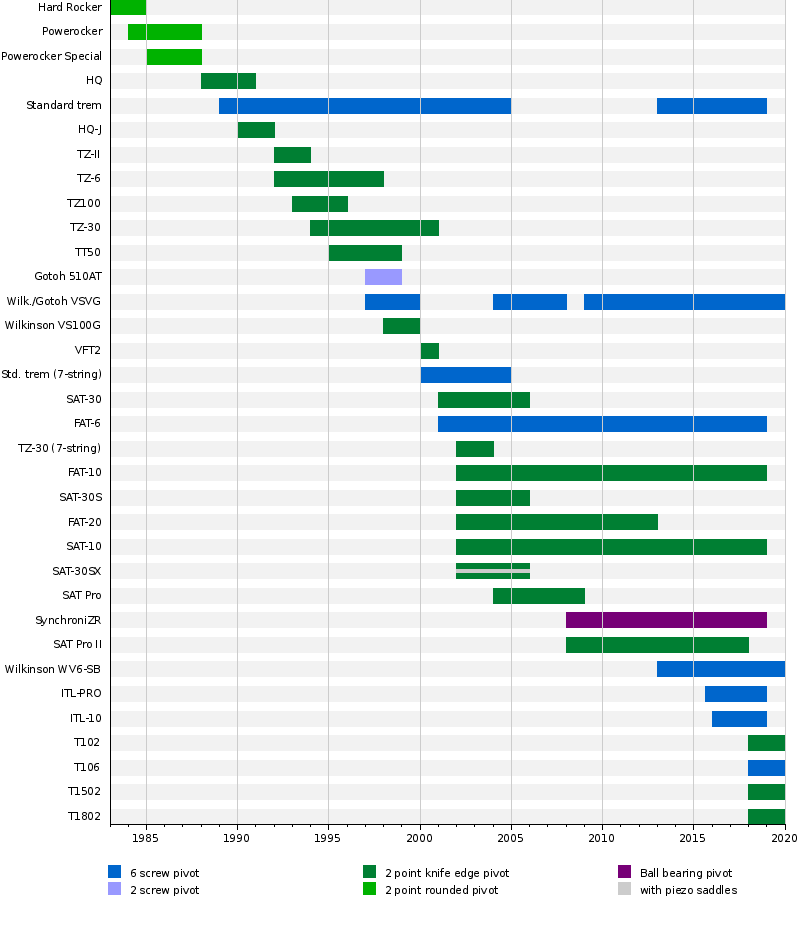 Retrieved from "https://ibanez.fandom.com/wiki/Portal:Tremolo_bridges?oldid=49719"
Community content is available under CC-BY-SA unless otherwise noted.