The AS series is a line of hollow body electric guitars produced for Hoshino Gakki and sold under the Ibanez brand. The AS body type is a full-size, semi-hollow, double cutaway electric guitar with a symmetrical shape characterized by two small, semi-pointed horns. The AS body was introduced in 1979 as a replacement for the earlier 2629 and 2630 models.

The initial AS models were the flagship AS200 and the simpler and more affordable AS100. The AS line has been in production consistently since 1979. (more...) 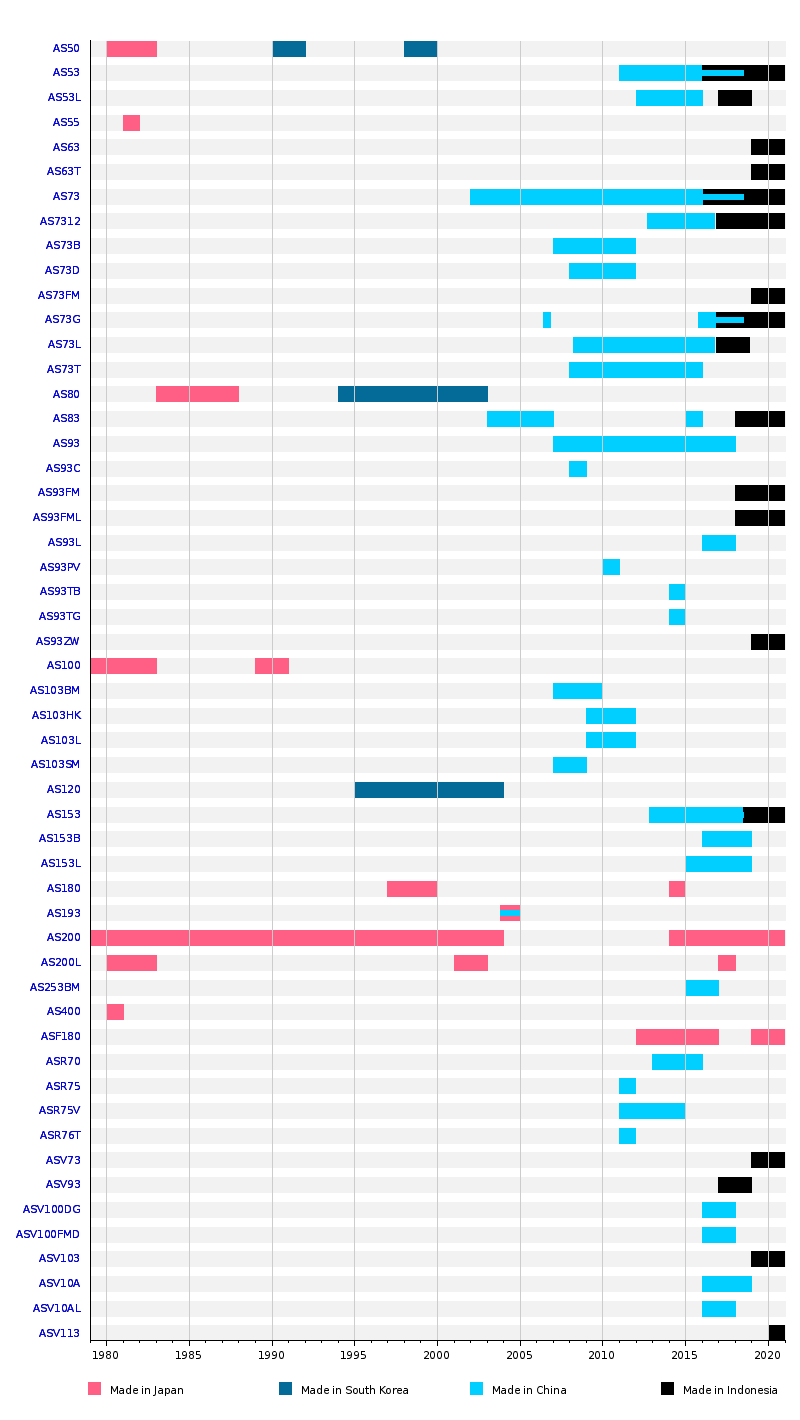 AS models by year

AS80
Artcore series (Go to page)

Retrieved from "https://ibanez.fandom.com/wiki/Portal:AS_models?oldid=67195"
Community content is available under CC-BY-SA unless otherwise noted.