The PGB1 is a four string solid body electric bass model introduced by Ibanez for 2007. It is a signature model for American bassist Paul Gray who was known primarily for his work with the American heavy metal band Slipknot. It was produced initially in South Korea; production moved to Indonesia for 2009.

The PGB1 features an ATK series double-cutaway swamp ash body bolted to a maple and walnut neck with a 22 fret rosewood fingerboard with special inlays at the second and twelfth frets. Components include a single Ibanez ATK triple-coil pickup, an ATK4 bridge, a plastic nut and Ibanez tuners with clover buttons.

The PGB1 was discontinued shortly after Gray's untimely death in 2010. 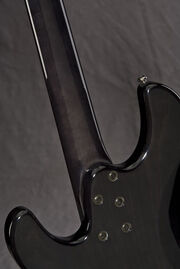 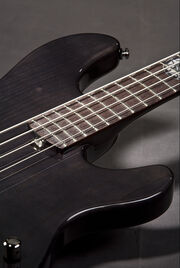 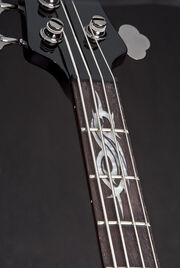