The NDM3 is an NDM series solid body electric guitar model introduced by Ibanez in 2013. It is the third signature guitar model of Kevin "Noodles" Wasserman, lead guitarist for American band The Offspring. It was made in Indonesia.

The NDM3's body is based on the Talman series. Features include a basswood body and a hard-tail fixed bridge. It's fitted with soapbar P-90 single coil pickups, which is a departure from the humbuckers in all previous NDM guitars. Noodles describes the NDM3 as "a simple working-man's guitar."

This model replaced the NDM2 and was replaced by the NDM4 in 2016. 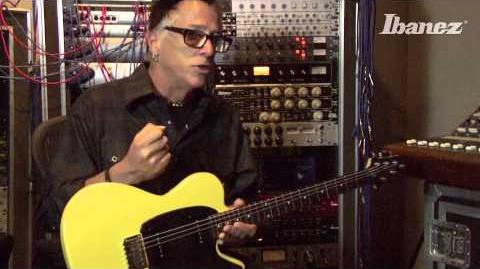