The MX3 is a Maxxas series semi-hollow body guitar model introduced by Ibanez in 1988. It is also known as the MX-3.

It was the second model in the Maxxas series, following the solid body MX2.

The Black Hole (which was rendered as "Black Hall" in some materials) finish featured a burst effect with green on the edges fading to black near the center of the body. The Magma finish was another burst with red edges fading to a dark center.

The MX4 and MX5 were released concurrently with the MX3. Both featured a single humbucking pickup.

The MX3 lasted only until 1989, before being discontinued along with the entire Maxxas line. 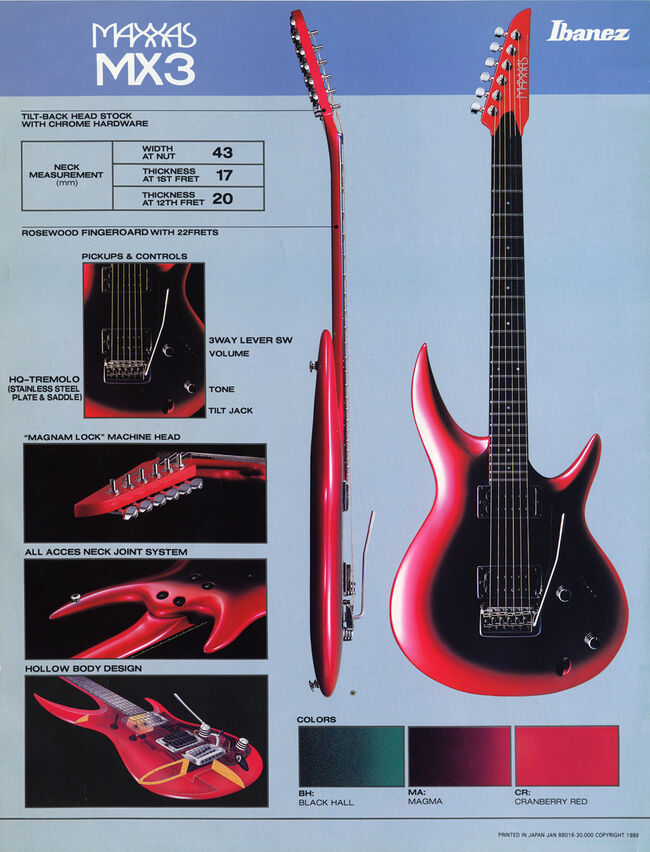