The KIKO100 is a solid body electric guitar introduced by Ibanez in 2014. It is a Signature guitar of Brazilian guitarist Kiko Loureiro of the metal bands Angra and Megadeth. The KIKO100 was made in Japan by FujiGen.

The KIKO100 is based on the S series although it has a thicker body with a flat back and special relief on the lower horn in the rear. The body is alder with a flamed maple top. The output is a tilt-positioned jack on the side of the guitar rather than on the face like a typical S series guitar.

It has custom DiMarzio pickups with a pair of humbuckers with coil-split functionality flanking a single-coil. The custom neck has a rounder profile than the traditional Ibanez Wizard profile with 24 frets, the last four of which are scalloped. The bridge is an Edge double locking tremolo with a locking nut. The rosewood fingerboard has a special abalone inlay on the 12th fret which is inspired by native Brazilian designs.

Specifications for KIKO100
About this table 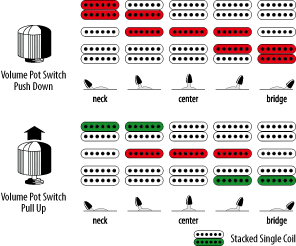 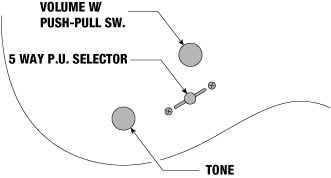