The JEM7V7 is a seven string JEM series solid body electric guitar model introduced by Ibanez in 2013. It is a signature model of American guitarist Steve Vai. It is made in Japan by FujiGen as part of the Prestige line.

The JEM7V7 is essentially a seven string version of the JEM7V. It features an alder body with basswood veneers bolted to a maple and wenge neck with a 24-fret rosewood fingerboard with pearl and abalone Tree of Life vine inlays. Components include a Lo Pro Edge 7 double locking tremolo bridge, DiMarzio Blaze pickups mounted in a pearloid pickguard with a pair of humbuckers flanking a single-coil and Gotoh tuning machines. A carbon fiber Ultralite tremolo arm is included along with the standard metal arm. The fretboard is scalloped on the top four frets. 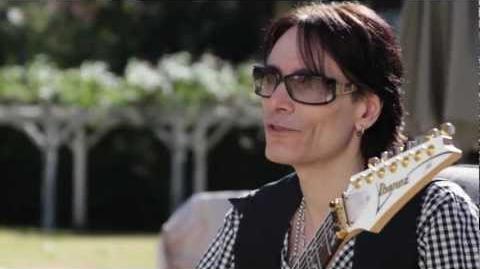