The JEM20TH is a JEM series solid body electric guitar model introduced by Ibanez in 2007. It is a signature guitar of American guitarist Steve Vai. It was released in 2007 in honor of the 20th Anniversary of the JEM series. 500 of these guitars were made.

The JEM20TH body is hand-crafted from premium grade clear acrylic with a 3D interior design which can be illuminated by internal green LED's. The acrylic body is made by a Japanese company that fabricates clear tank walls for aquariums. The Trans JEM pickups are created by DiMarzio especially for the acrylic body of this guitar model since it has a greater density than a traditional wood guitar. Other features include a JEM Prestige neck with vine inlay and the Edge Pro double locking tremolo bridge. 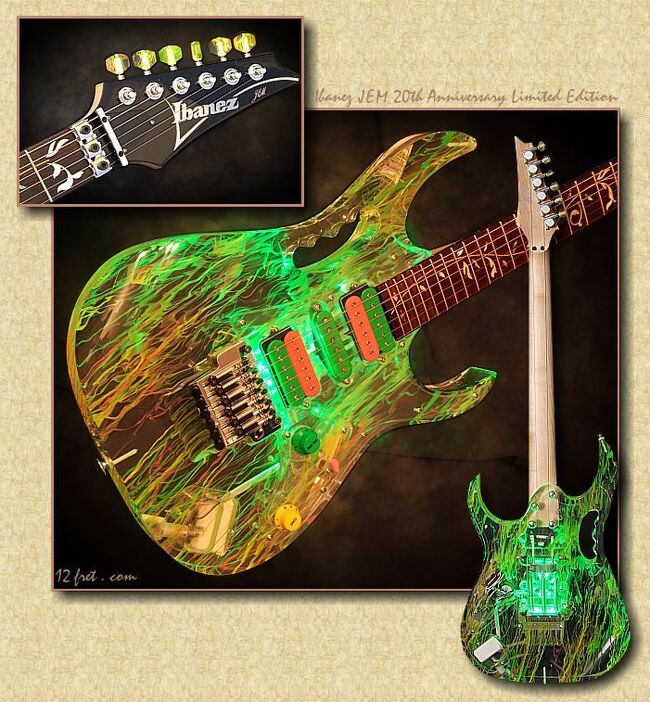 Front & back of body