The JCRG2004S-DRB is an RG series solid body electric guitar model introduced by Ibanez in late 2020, & only produced for The Republic of China. It was made in Japan by the high-end J Custom line.

The Ibanez JCRG2004S-DRB was revealed in a live broadcast press conference on November 8th of 2020 as part of the "China-limited JCRG series".

This Masterpiece comes with a bizarre texture maple & red resin panel swamp on an Ash body, 3 fight wenge / maple Wizard piano Neck with Ebony Fretboard, and a Lo-Pro Edge tremolo. A HSH-configuration of DiMarzio pickups are pumping your riffs into the amp with an Air Norton in the neck position, a True Velvet in the middle, a Tone Zone at the bridge & Gold Hardware.

Only a single example of this model was produced although 4 other one-off models, each with different specs, were released concurrently: JCRG2005, JCRG2005S1, JCRG2005S2 & JCRG2008. 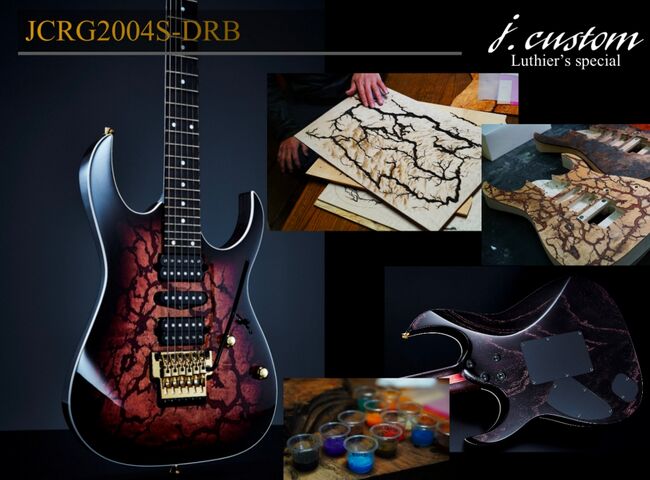