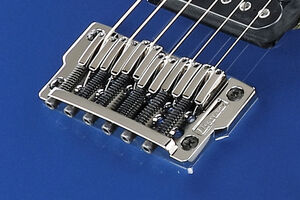 It was introduced for the 2013 lineup, and was used on all the guitars that featured the Gibraltar Standard in previous years, as well as newer fixed-bridge models. In 2014, Ibanez expanded the use of the bridge onto Prestige-series guitars, including the newly-introduced RG652FX, RG752FX, and RG852FX.