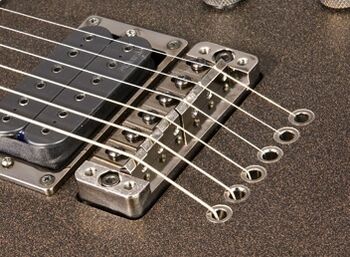 The Gibraltar Custom is a fixed guitar bridge used on various hard-tail Ibanez models. It was introduced in 2003 with the new MMM1 Mike Mushok signature model.

The Gibraltar Custom is a Tune-o-matic style bridge. It doesn't retain the strings so it must be combined with a separate tailpiece like the Quik Change III or has to be used in a string-through-body setup like with the MMM1.

Special features of the Gibraltar Custom include increased intonation travel (which can be necessary with a longer scale) and a heavy metal "sustain block" routed into the body below the bridge. This block is meant to improve sustain by increasing the mass of the bridge and increasing the connection between the bridge and the body.

The bridge itself weighs roughly 145 grams and the sustain block adds an additional approximately 335 grams. 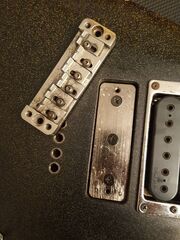 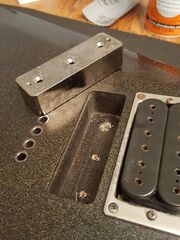