The GAX50 is an AX series solid body electric guitar model introduced by Ibanez in 2000. It was made in Indonesia as part of the entry-level GIO line and was sold (perhaps exclusively) as part of the IJS20 Jumpstart package, where it came bundled with an amp and accessories, as well as the IJS50 package which also included a distortion pedal.

The GAX50 features an agathis or basswood body bolted to a maple neck with a 22-fret rosewood fingerboard with white dot position markers. Components include a pair of Ibanez Powersounds humbucking pickups mounted in plastic pickup rings and a wraparound style fixed bridge.

This GAX50 was discontinued after 2005, but another version was introduced in 2006. 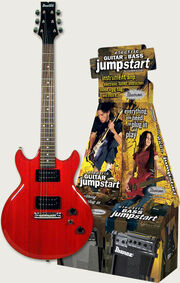 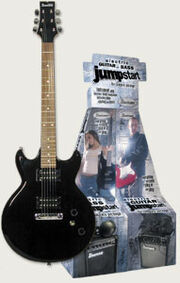