The Edge Zero is a double locking tremolo system developed for Ibanez which is installed on a number of Ibanez models. It was introduced to the market in 2008. It is produced in China.

The Edge Zero blends elements from several of its predecessors in the Ibanez lineage of Floyd Rose style tremolos into an original design. It features knife edges which pivot against a pair of studs, a low-profile design and a push-in tremolo arm like the Edge Pro and Lo-Pro Edge, while incorporating the counter-spring ZPS3 Zero Point System tuning stabilizer, thumb-screw tension adjustment and saddles with on-board intonation tool of the ZR trem.

This design finally eliminated any elements covered by the remaining Floyd Rose patents, the last of which was apparently the Edge Pro's low profile saddle design. The desire to eliminate royalty payments for their double locking tremolos was something that Ibanez had been trying to achieve since the introduction of the Edge Pro and ZR in 2003.[1]

The Edge Zero consists of a base plate cast of a zinc-based alloy (likely Zamak) with individual saddles. This body is attached to a dense cast metal block connected to a set of three springs which balance the tension of the guitar strings and allow the tremolo to float in a cavity routed into the guitar body.

Like all double locking tremolos, the Edge Zero is designed to be use with a locking nut which anchors the strings at the headstock. Fine tuners attached to each saddle allow the player to adjust tuning once the nut is locked down. The saddles can be moved fore and aft to set intonation of each string. The entire bridge can be adjusted up and down in the cavity to adjust the string action by raising or lowering the studs. There is no allowance for adjusting the height of individual strings. Instead the base plate is built in a way so that the saddle heights match the radius of the fretboard.

The tremolo arm is a push-in style with a detent groove. Unlike the bar on the earlier Edge trems, the Edge Zero arm has no plastic bushing (athough an arm with a bushing from the other Edge trems will also fit the Edge Zero). Instead, the bushing is installed inside a knurled collar which is used to adjust arm torque. This design is similar to the ZR design, although it is not identical.[1]

One complaint with the Edge Zero is that it lacks the steel backing plate for the fine tuner screws which was a feature of the earlier designs; this change means that the fine tuners are threaded directly into the more brittle zinc alloy of the tremolo body. Overtightening (or even just normal wear) can cause this brittle metal to crack. Should this occur the fine tuners holes will need to be machined and a heli-coil insert installed.

The Edge Zero brings back the locking studs from the original Edge which were missing on the Edge Pro. Initially the stud lock screws were not installed at the factory, but rather provided with the guitar for the user to install; this practice was discontinued after a couple of years with guitars now delivered with the studs installed. The stud locks provide an additional measure of tuning stability by increasing the stability of the studs.

The Edge Zero incorporates an intonation tool which is stored onboard the tremolo. This tool greatly simplifies the task of setting intonation.

The ZPS3 is a system of two additional springs connected with a linkage which are positioned in opposition to the main tremolo springs. These springs help to ensure tuning stability by returning the tremolo more quickly and accurately to the neutral position when the tremolo arm is released. The system is also intended to help maintain tuning stability when bending strings (particularly on double stop bends) and facilitate simpler set-up of the tremolo and easier string changes. In addition, it is touted with an ability to maintain the tune of the remaining strings should a user break one string while playing; it seems that while the ZPS helps somewhat in this situation, this claim is largely overblown.

The ZPS3 gives the Edge Zero a somewhat stiffer feel than the earlier Edge designs. This stiffness manifests only when pushing down on the bar; pull up is not effected since you are only countering the tension of the two normal strings. Since the ZPS hastens the tremolo's return to the neutral point, it limits the amount of "flutter" when releasing the trem. The ZPS can be quickly and easily removed, should the player desire a more traditional feel.[1]

Versions of the Edge Zero for seven string guitars (referred to as the Edge Zero 7) and for left-handed guitars have been produced. A version of the Edge Zero with special, beefier springs is produced for Herman Li's signature EGEN18 guitar. The version made for the RGD series includes a set of more substantial springs from the seven string model in addition to the normal springs to allow the player to better balance the tension of the heavier strings often used with the RGD's longer scale.

The Edge Zero II is a more affordable tremolo based on the Edge Zero design which was introduced in 2011 for budget guitar models.

The Edge Zero was largely removed from the US market in 2014 because of patent claims related to the Zero Point System.[2] It continued to be offered in the US only on signature models, with Ibanez unwilling to pay royalties to use the design on standard models. The Edge Zero II and ZR were also impacted by this dispute. The ZPS technology returned to the US for 2017 due apparently to the expiration of the applicable patents. 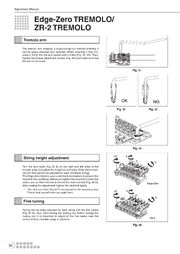 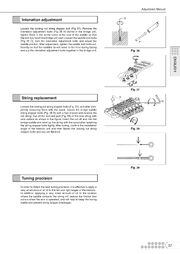 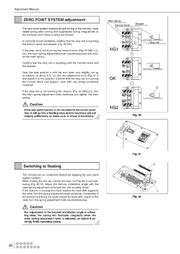 Retrieved from "https://ibanez.fandom.com/wiki/Edge_Zero?oldid=43376"
Community content is available under CC-BY-SA unless otherwise noted.