The Edge Pro tremolo is a double locking tremolo bridge developed and manufactured by Gotoh for Ibanez. It was introduced in 2003 as an evolutionary redesign of the original Edge and Lo-Pro Edge, which it replaced on all high-end models including the Japanese-made Prestige line and most Signature models. The design is based on the venerable Floyd Rose tremolo.

While the Edge Pro shares nothing with it predecessors in terms of parts except the push-in tremolo arm and socket, it lives up to the same high quality standards. Notable changes from the previous designs include a novel set of saddles with integrated string locks which can be used without removing the ball end of the string. These sliding string locks eliminated the possibility of the string retention blocks falling out and being lost during string changes, which is a common annoyance with the earlier Edge tremolos. The saddles of the Edge Pro are topped with a metal "sound chip" designed to improve the sustain sometimes said to be lacking from guitars with double locking systems.

Like its predecessor, the Edge Pro was mounted in a tremolo cavity, giving the player the ability to manipulate the tremolo by either pulling up or pushing down. The overall height of the tremolo in the cavity can be adjusted by moving the studs up or down. The most frequently heard criticism of the Edge Pro is that it lacked the locking bridge studs used by its predecessors. Some users feel this omission hampers the tuning stability of the bridge under heavy use. This deficiency could be remedied by retrofitting locking studs.[1]

The saddles of the Edge Pro are not independently adjustable for height. The tremolo base is radiused to match a 400–430mm (16–17") fretboard radius. A version of the Edge Pro with a base made to match the 250mm (9⅞") radius of the Joe Satriani series guitars was also produced.

The Edge Pro II was introduced along with the Edge Pro and was equipped on mid-tier guitars, particularly those produced outside Japan. It is visually similar to the Edge Pro, but lacks the sound chip in the saddles and is constructed of a different metal alloy. The Zero Resistance or ZR tremolo was also introduced in 2003; it features a unique ball bearing pivot design.

The Edge Pro was discontinued after 2009. It was replaced by the Edge Zero which had been introduced in 2008 as well as the original Edge and Lo-Pro Edge trems, which were reintroduced for 2010. 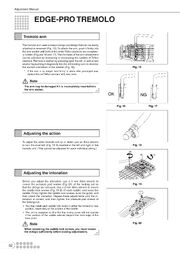 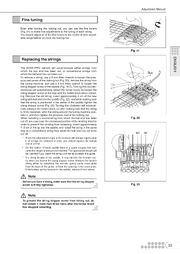 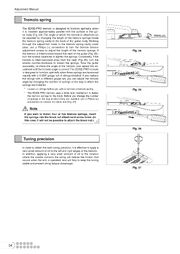