The Edge tremolo is a double locking tremolo bridge developed and manufactured by Gotoh for Ibanez. It is sometimes referred to as the "Original Edge" to differentiate it from the various versions that have been released since. The Edge is acclaimed by many guitarists as the finest trem system available in the market.[1] It was introduced in 1986, discontinued in 2003 and brought back in 2010.[2]

The Edge is based on the original, patented Floyd Rose tremolo design which Ibanez & Gotoh licensed. As such it incorporates a double locking design, meaning that the strings are retained at both the bridge and the nut. By effectively minimizing the length of string the Floyd Rose design allows players to perform crazy manipulations of the tremolo while enabling the guitar to return to tune when the tremolo was released. Fine tuners on the bridge facilitate tuning without unlocking the nut. As with the traditional Fender-style synchronized tremolos which came before, the Floyd Rose used a set of springs and an adjustable claw located under the guitar body to equalize the tension of the strings and allow the tremolo to float. A set of six saddles which can be moved independently forward or backward to achieve intonation retain the strings at the bridge. Meanwhile the Top-Lok III locking nut pairs with the Edge to secure the strings at the headstock.

Key improvements of the Edge design over the original Floyd Rose include replaceable knife edges, a less bulky saddle with fewer sharp edges, more overall mass (to increase sustain), steel sleeves in which to mount the anchor studs and a pop-in arm.[1][3] The bass and treble side pivots are different shapes to minimize side-to-side movement. The body of the tremolo is produced using lost-wax casting which allows the use of a denser metal to maximize harmonics and sustain.[3] The fine tuners on the Edge are positioned well back on the rear of the unit to prevent interference when employing muting techniques with the strumming hand.[3] The Edge's pop-in tremolo arm is secured by a spring and friction to prevent the bar from rotating is provided by nylon bushings that need to be occasionally replaced.

When it was introduced for 1986 on certain Pro Line and Artist series models the Edge was surface mounted on the guitar top. However with the introduction in mid-1987 of the JEM777 and RG550 a cavity was routed in the body below the tremolo to allow the player to manipulate the tremolo either by pushing down (to lower the pitch) or pulling up (to raise the pitch). Also added in 1987 were locking studs (small grub screws installed inside the pivot anchors which prevent movement when screwed down) and a retainer to prevent the springs from slipping off the tremolo block.

Although the knife edges of the Edge were designed to be replaceable, Ibanez (nor Gotoh) has never actually offered replacement parts. Even so, the Edge has proven quite durable, and there has been little outcry from the guitar community for knife edge replacements.

The Edge was paired in 1986 on some high end models with the Back Stop stabilizer, however the Back Stop was short lived, disappearing after 1987.

The Edge is used on various high end guitar models including signature models like the JEM7V and JS2400 as well as many models in the upscale Prestige line. 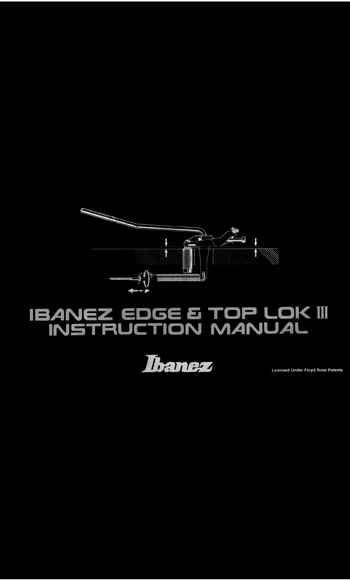 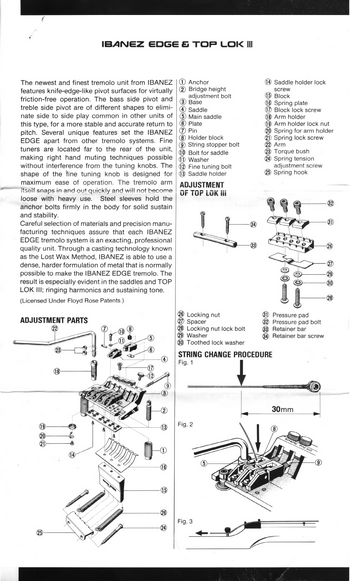 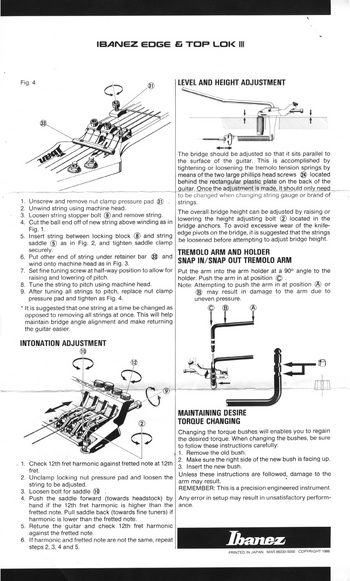 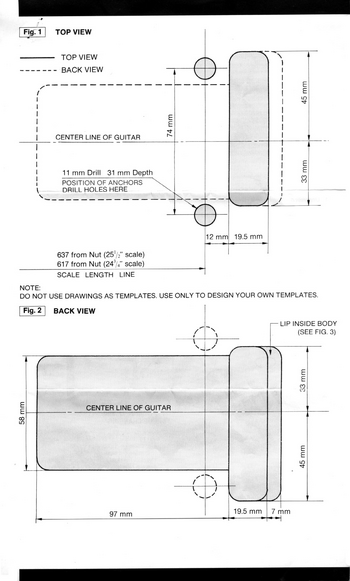 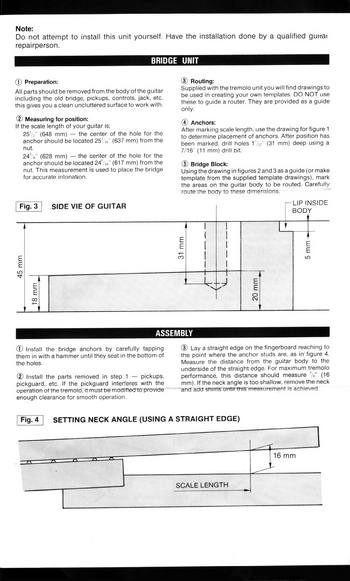 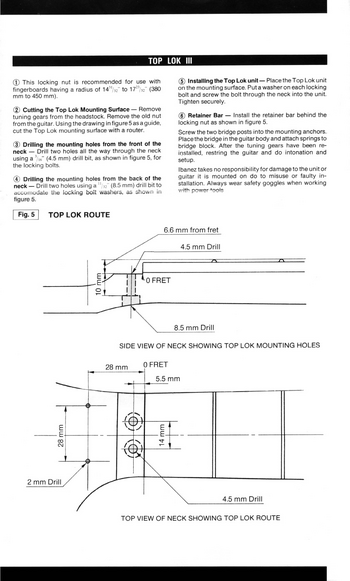