For a list of Blazer models, see Portal:Blazer series.

The Blazer series is a line of solid body electric guitar and bass models produced for Hoshino Gakki and sold under the Ibanez brand. It was introduced in 1980 and offered for three years. The line was revived in 1995 before being ultimately discontinued after 1998.

The Blazer line is similar in appearance to the Fender Stratocaster. It has an offset double-cutaway body with rounded contours and rounded edges. The design incorporates pickguard-mounted pickups. According to the lore, Hoshino's regular supplier, FujiGen Gakki didn't have much experience building Strat-style guitars, so Hoshino turned to Dyna Gakki in Nagano to produce the Blazer guitars.[1]

The Blazer series essentially replaced the Roadster guitar line for 1980 and was subsequently replaced by the Roadstar II series for 1983.

The series was revived for a brief period in the mid-1990s. 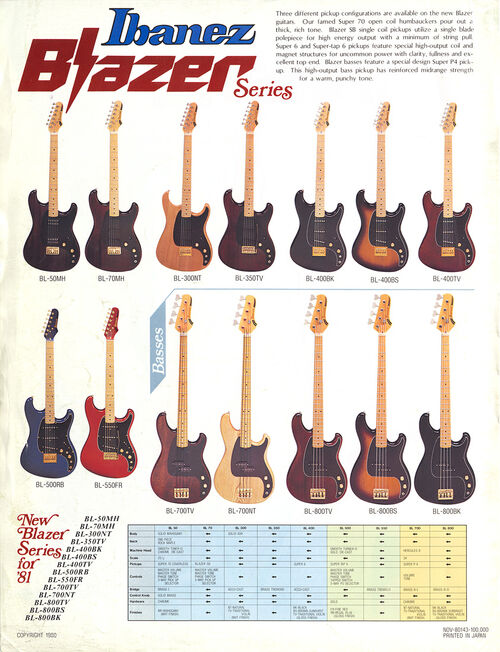