The AS200 is a hollow body electric guitar model introduced by Ibanez for 1979. It was made in Japan. Initial production starting in 1979 was by FujiGen. Starting sometime in mid-1986 production moved to Terada which continued to produce the AS200 through 1991. Production returned to FujiGen for 1992 and has remained there until the end of the run.

The AS200 replaced the similar 2630, which has more rounded horns. It was originally part of the Artist series, but was added to the newly designated Artstar series in 1987.

The AS200 features a semi-hollow, double cutaway body design with a flamed maple (alternately described as curly maple or tiger maple) top with ƒ holes and ivory multi-binding on flamed maple back and sides with a hard rock maple center block mated to a set-in mahogany neck with a 22-fret ebony fingerboard with ivory binding and pearl and abalone split block position markers. Components include a pair of Ibanez Super 58 humbucking pickups with gold covers and individual volume and tone controls and a Tri-sound switch for the neck, ivory pickup rings, a Tune-o-matic style ST bridge, a Quik Change tailpiece, a bone & brass nut, a tortoise shell pickguard, Sure Grip knobs, and VelveTune tuning machines with ivory buttons.

The AS200L is a left-handed version. The AS100 and AS180 are related models with a maple body, rosewood fingerboard with dot inlays, and chrome hardware. The AS400 is a similar model with neck through body construction.

The JSM100 is a signature model for John Scofield which was based on Scofield's AS200. The AM200 is a related model with a slightly smaller body. The AF200 is a related full-hollow body, single cutaway model.

Specifications for AS200 (1979–2003)
About this table
Portal: Artstar series | Artist series | Guitar models 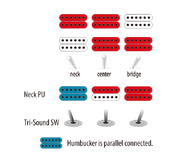 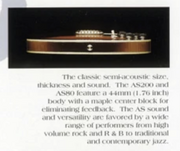 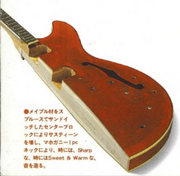 Evolution of the headstock through the years 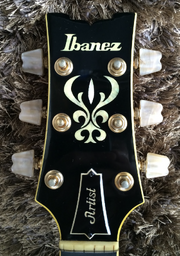 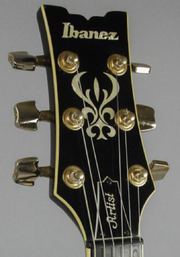 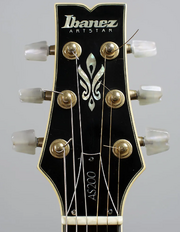 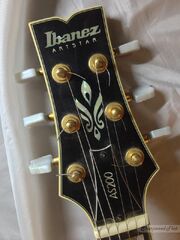 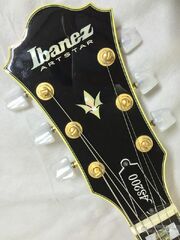