The AR550 is an Artist series solid body electric guitar model introduced by Ibanez in 1983. It was made in Japan.

Controls consist of a master volume and tone, a ±6 dB boost knob, 3-band ±15 dB active EQ (bass, middle, treble) and a mini-toggle Duo Sound switches to spilt the coils of each pickup.

The AR550 was sold only in Japan and was discontinued after 1984. It's believed that very few examples of this model were produced including perhaps as few as 38 with the polar white finish.

Specifications for AR550
About this table 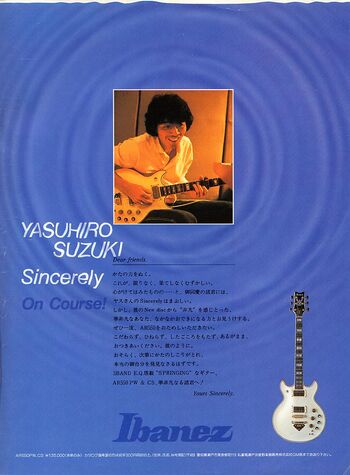