The AR500 is an Artist series solid body electric guitar model introduced by Ibanez in 1979. It was made in Japan by FujiGen replacing the 2622.

For 1980 the plain maple top was replaced with a curly maple top; this figured top was alternately described as flame or tiger maple throughout the run. Pickups are listed variously as Super 58 or Super 80 depending on the year and catalog.

Controls consist of a master volume and (passive) tone and a Tri-sound switch for each pickup along with an active EQ Tone System consisting of a ±6 dB boost (gain) knob and a 3-band ±15 dB active EQ (bass, middle, treble). A toggle allows the EQ system, which is powered by a 9V battery, to be activated along with an LED indicator.

The AR400 is a related model with a 2-band Active Tone system. 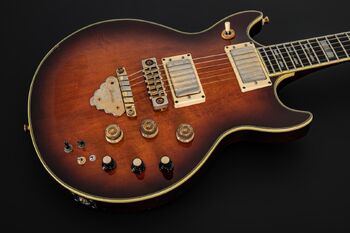 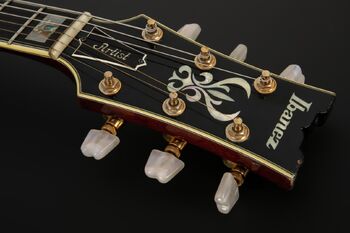 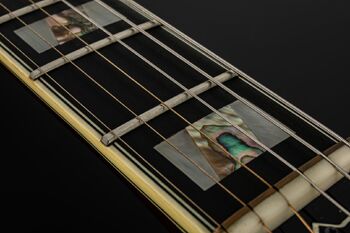 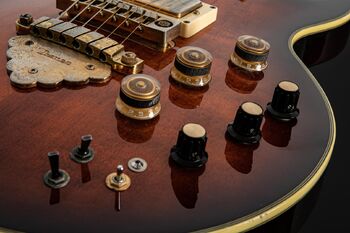 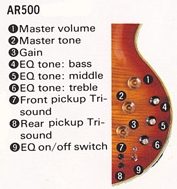