The AR300 is an Artist series solid body electric guitar model introduced by Ibanez in 1979. It was made in Japan and replaced the earlier 2619.

The AR300 features a dish carved flame maple top with multi-binding on a double-cutaway mahogany body mated to a set-in three-piece maple neck with a 22-fret ebony fingerboard with binding and pearl and abalone split block position markers. Components include a pair of Ibanez Super 80 humbucking pickups with individual volume and tone controls, a Tune-o-matic style Gibraltar bridge with embedded sustain block and tailpiece and VelveTune machine heads. Each pickup has a Tri-sound switch with three pickup settings: humbucker, single-coil or reverse phase.

The first AR300s were produced in mid-1979 and were really just renamed 2619s. The only difference between the two models was a modified headstock inlay design. Several changes to the AR300 were introduced in mid-1980: the body became thicker, the neck was set more deeply into the body and the neck joint became a bit less streamlined as a result. These changes added mass to the body and also helped prevent neck dive which some players complain of with the 2619. Also in mid-1980 the Super 80 pickups were replaced with Super 58s. For 1983 the Gibraltar bridge and tailpiece were replaced with the Gibraltar II and Quik Change II and the tuners were changed to VelveTune IIs. For 1985 the ornamental cloud plate behind the tailpiece was discontinued and the Smooth Tuner II machine heads were adopted.

The Marine Sunburst, Polar White and Gold finishes are quite rare.

The AR300 was discontinued after 1987, but another model with the same name was introduced in 1990. 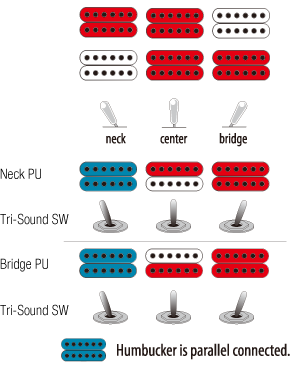 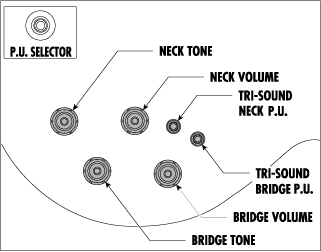 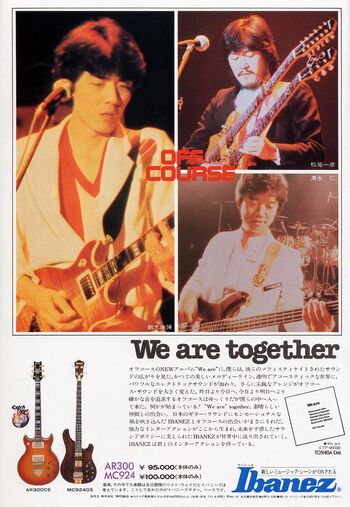 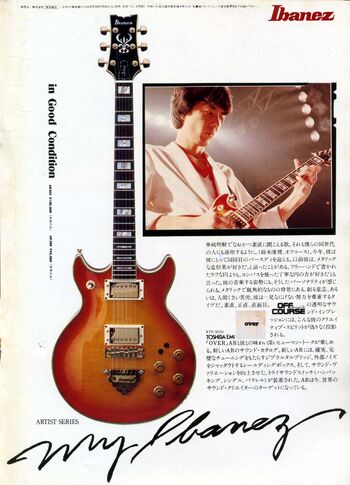 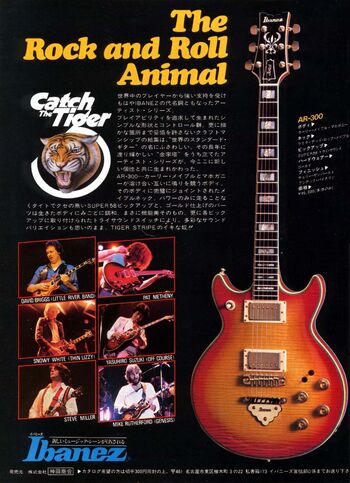