For a list of AE models, see Portal:AE series.

The AE (Acoustic Electric) series is a line of acoustic guitar models produced for Hoshino Gakki and sold under the Ibanez brand. The series was introduced in 1982 as the first Ibanez acoustic guitar line with built-in piezo pickups, pre-amp and controls.

The series ran from 1982 through 1985. The AE series returned for 1994 before being again discontinued after 2003. The AE moniker was revived for a new line of mid-grade and high-end electric acoustic guitars in 2016. 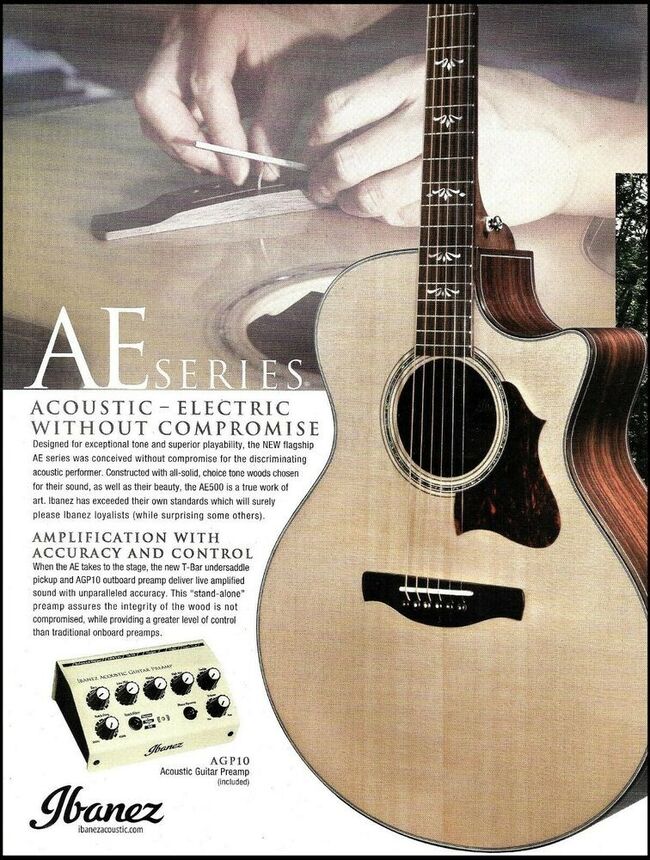