ALL POSTS
(edited by Chrben)
0

I'm by no means an expert on hollow bodies, but this looks like an AM50, which is probably from around 1990 (see catalog image below). I believe that the "Y" in front of the model name indicates this was made by Yoojin in Korea.

Unfortunately, the catalogs don't provide much detail on these models. They only say that the pickups are "standard humbucker" with a "standard bridge and tailpiece".

As far as value, that's going to be a bit tricky to establish since not of lot of these Korean AM50s are changing hands these days. The Korean-made models are not as sought after as the older Japanese made version. New it would have sold for probably a bit above US$1000 (although these were only sold in Europe as far as I know). It looks to be in good condition; if it's a good player it might sell for around US$800, but that's really just a guess. 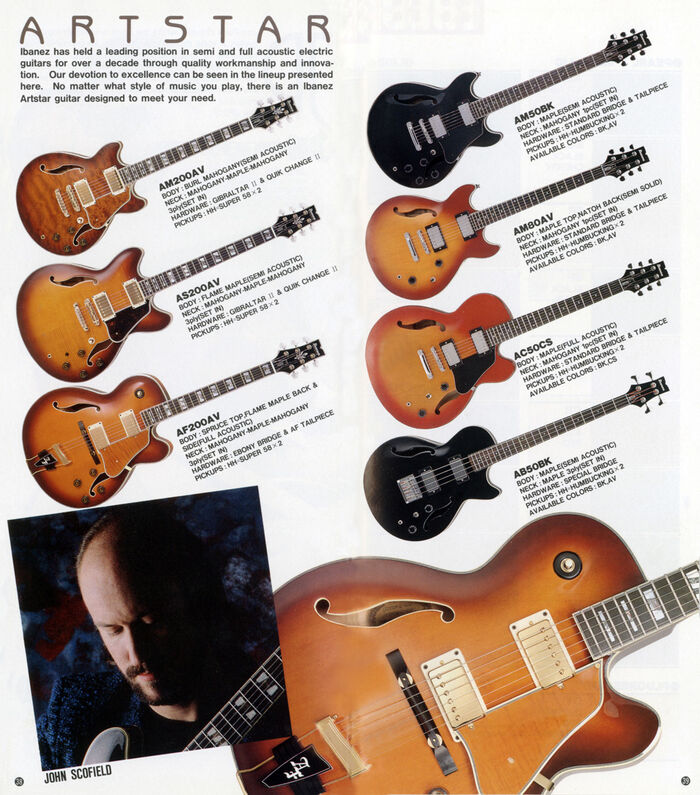 I am looking to sell mine for about $500 or $550 US plus a case - any sites that would cater better to this guitar than say, ebay?

What do you think?